We’ve just launched ‘Letters for Change’ and wanted to take the opportunity to reflect on why the connection between language, place and environmental challenges are so important right now. ‘Lost Wor(l)ds’ is about connecting language to nature, which also includes protecting the natural world. 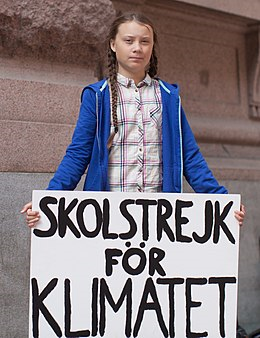 Greta Thunberg inspired children and governments across the world with her ‘Skolstrejk för klimatet’ campaign, which saw her boycott school every Friday and position herself outside the Swedish Parliament, to protest the lack of action on climate change. Greta’s actions sparked a worldwide movement of children highlighting climate and environmental issues in cities, countries and regions across every continent.  COVID-19 had a major impact on the ‘school strikes’, due to global disruptions to education and public protests. However, climate change and its repercussions continue to dominate the headlines, as temperatures and the concentration of carbon monoxide in the atmosphere continue to soar.

So we know that children are concerned with environmental issues, but what type of action on climate change is practical in the current context . . . and because this is the ‘Lost Wor(l)ds’ project, how does acting on climate change connect to children’s multilingual skills and the promotion of language awareness? Our answer . . . ‘Letters for Change’ or to be more specific ‘Letters for (environmental) Change’!

For this activity, we suggest that children identify an environmental issue and write a letter to someone who shares their passion to fight for change, OR has the power to make change a reality. Looking at global issues offers a great opportunity to bring in either home languages (if children pick an issue linked to a country where they speak the language), or use some dictionary skills to identify key words (such as salutations, sign offs, etc.) they can add in a relevant language.

The Powerpoint supporting the activity identifies not only key vocabulary (in English and a number of relevant languages) which practises writing a formal letter, but also introduces a list of ten environmental causes around the world, each with links to supporting news stories and potential contacts to write to.

The tour starts in the North Pole with its melting ice caps, before moving onto logging in the protected Bialowieza Forest that bridges the border between Poland and Belarus. We then head to South and Latin America and the nine countries bordering the Amazon Rainforest, which is reducing in size at an alarming rate. Next stop is Africa and the ‘Great Green Wall’ project led by the African Union and implemented by nine countries invested in trying to stem the expansion of the Sahara Desert. We move onto the Indian Ocean to look at the impact of plastic pollution – (360,000 flip flops washed up on the shore of one island???), before heading West to Indonesia and the illegal bird trade. The Australian bushfires and the endangered Giant Pandas in China are our penultimate stops, before we finish our global tour in Russia, where poor waste management is affecting air quality and polluting the water system. Finally, if your class would like to focus on one issue, look no further than the critically endangered pangolin. There are eight different species of pangolin living across four different continents., which means that the whole class could write letters on this one issue.

Whether children are able to write the whole letter in one of the relevant languages, or are only able to insert certain phrases, the range of languages represented in the activity will go a long way towards giving children the opportunity to use their home languages in meaningful ways as part of the school context, and maybe even help their peers learn a few words. Children might well have their own ideas for further issues they would like to explore. Perhaps the most exciting bit will be the responses that you will hopefully receive . . . we are keeping our fingers crossed (and would love to see them). Happy letter writing!

You can find out more about which cookies we are using or switch them off in settings.

This website uses cookies so that we can provide you with the best user experience possible. Cookie information is stored in your browser and performs functions such as recognising you when you return to our website and helping our team to understand which sections of the website you find most interesting and useful.

Strictly Necessary Cookie should be enabled at all times so that we can save your preferences for cookie settings.

If you disable this cookie, we will not be able to save your preferences. This means that every time you visit this website you will need to enable or disable cookies again.